VIOLET is a multi award-winning musical based on the short story The Ugliest Pilgrim by Doris Betts. Music by Jeanine Tesori (Tony Award winner for Best Original Score with Lisa Kron for the musical Fun Home, and Tony nominated scores for Caroline, Or Change, Shrek The Musical and Thoroughly Modern Millie), Book & Lyrics by Brian Crawley. VIOLET premiered Off-Broadway and won the Drama Critics' Circle Award and Lucille Lortel Award as Best Musical, before a Broadway revival where it was nominated for four Tony Awards. This is the UK premiere.

1964. Somewhere between North Carolina and Oklahoma, we find Violet, a young woman who hopes her life savings will bring her a miracle halfway across the country. Reflecting on her childhood, and shaped by the reactions of the people she encounters, Violet embarks on a life-changing personal journey.

Arguably the most emotionally intelligent musical in London - this is a must.

A thing of beauty; a tapestry of rich emotion; a joy to behold.

Kaisa Hammarlund's is one of the best performances I've seen in years. 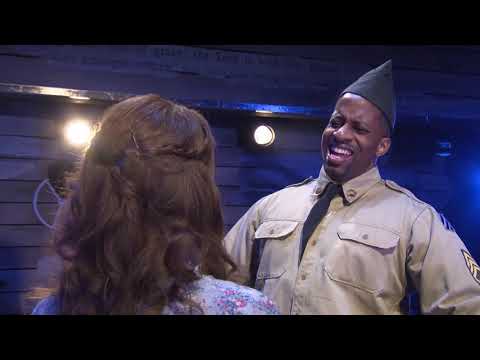