“Some stories didn’t make it into the history books”

Based on the Off-Broadway hit production, and transferring to London following a highly acclaimed run at the Hope Mill Theatre in Manchester earlier this year, YANK! is a poignant love story based on the true, hidden history of gay soldiers during World War Two.

In 1943, young Mid-Westerner Stu is called up to serve in the forces and becomes a reporter for Yank Magazine, the journal ‘for and by the servicemen’. Following the men in Charlie Company, this acclaimed musical explores what it means to be a man and fall in love…

Scott Hunter (Grease, The Kissing Dance) will reprise his role as Stu and joining the company are Andy Coxon (Beautiful – The Carole King Musical, Les Misérables) as Mitch, Waylon Jacobs (Chicago, Memphis) as Sarge/Scarlet and Bradley Judge (Don’t Run, Sister Act) as Rotelli and Scott Davies (The Return of Neverland) as India.

Featuring a compelling story and original music by American brothers David and Joseph Zellnik, Yank! pays homage to the timeless music of the 1940s and shows the struggle to survive in a time and place where the odds are stacked against you.

“...earthed with real sincerity and powered by a strong ensemble who bring a robustly masculine grace” - The Stage 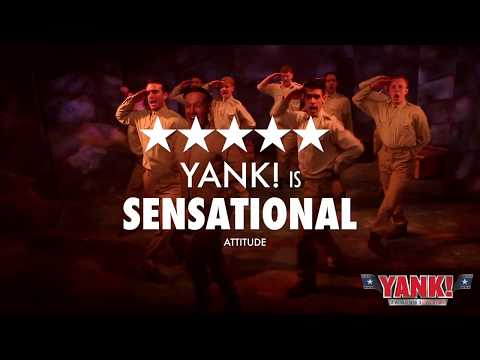