A professor, a lounge singer and a nun walk onto a floating casino…

Join a cast of outrageous characters for an earth-shattering, laugh-out loud send up of your favourite vintage disaster films in Disaster! the Broadway musical comedy, crashing into London this November.

Starring its creator Broadway legend Seth Rudetsky and a cast of  top West End performers, DISASTER is packed with unforgettable 70s dance floor hits such as “I Will Survive”, “Knock On Wood,” “Hooked On A Feeling,” “I Am Woman” and “Hot Stuff”.

Proceeds from the two gala performances will help fund the work of Make A Different Trust supporting HIV/AIDS projects in the UK and Overseas.

The cast includes Jennifer Simard (recreating her Tony-nominated role as gambling-addicted nun, Sister Mary Downy), Seth Rudetsky (Ted Scheider, the professor and disaster expert who tries to warn the others of the impending doom), Oliver Tompsett (Chad, a ladies man still carrying a torch for his ex-fiance), Sally Ann Triplett (Shirley, a big-hearted loudmouth…with a secret), Jodie Jacobs (Jackie, a sexy lounge singer desperate to and a father for her twins), Alice Fearn (Marianne, a reporter who’s sworn off men) and Sandra Marvin (Levora, a faded disco diva hoping to win big in the casino). 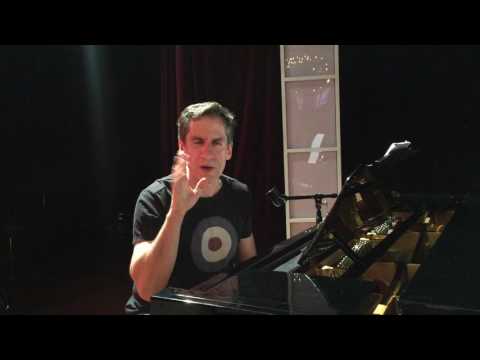