The relationship between a mother and her teenage daughter can be sheer hell - especially if that daughter is a Greek goddess with a taste for the Underworld.
MYTHIC, a new pop/rock musical comedy by Marcus Stevens (Book and Lyrics) and Oran Eldor (Music and Orchestrations), turns the ancient Greek story of Persephone on its side, with the gods as chart-topping rock stars, power-hungry politicians, and professional VIPs.
In a world of Olympian celebrity, Persephone struggles between her mother Demeter’s expectations and a desire to find her own path. But her wish for independence comes back to bite her when she gets trapped in the Hell with Greece’s perennial bad boy, Hades.
The journey that follows is an offbeat, emotionally-charged tale for ancient and modern times.
The cast includes: Daniella Bowen, Courtney Brogan Smalley, Eloise Davies, Ben Lancaster, Jade Marvin, Michael Mather, Genevieve McCarthy, Tim Oxbrow, Jamie Ross, Leo Sene, Ben Welch and Georgie Westall.
Creative team:
Director/Choreographer Sarah O’Gleby, Music Supervisor Chris Hatt, Music Director Chris Ma, Designer Lee Newby, Lighting Designer Jamie Platt
Sound Designer Andrew Johnson, Casting Harry Blumenau for Debbie O’Brien Casting.
Produced by Steven M. Levy and Vaughan Williams

"Something you really should not miss!"

"Each song could be a hit single in its own right. Just heavenly!"

"Wonderful fun - when it’s over, you want to see it again!"

"A masterclass - go and see this show!"

There is a £3 booking fee charged per ticket on phone and internet orders, and a 50p levy charged on all tickets. Box office at theatre open to personal callers from two hours before the curtain time for every performance.

Select your preferred performance date and follow the booking link to claim our two-show package deal! 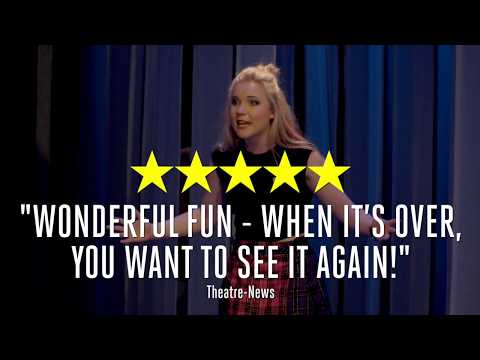